8-year-old Rottweiler and German shepherd mix, Henry J, was dumped at the Carson Animal Shelter, in Carson, CA, with a muzzle on his snout. He was likely abused in his former life and was very uneasy around children and other dominant dogs. He was in the shelter with tears in his eyes. After rescuing him from likely euthanasia, he spent nearly 2 months in a foster home. Within days of his time at
the foster home running out, Marion adopted Henry J. She had recently lost another Rottweiler and wanted to help him get back to being the lovable dog he has become.

They rescued each other as Henry J has recently helped Marion get through the loss of her father. 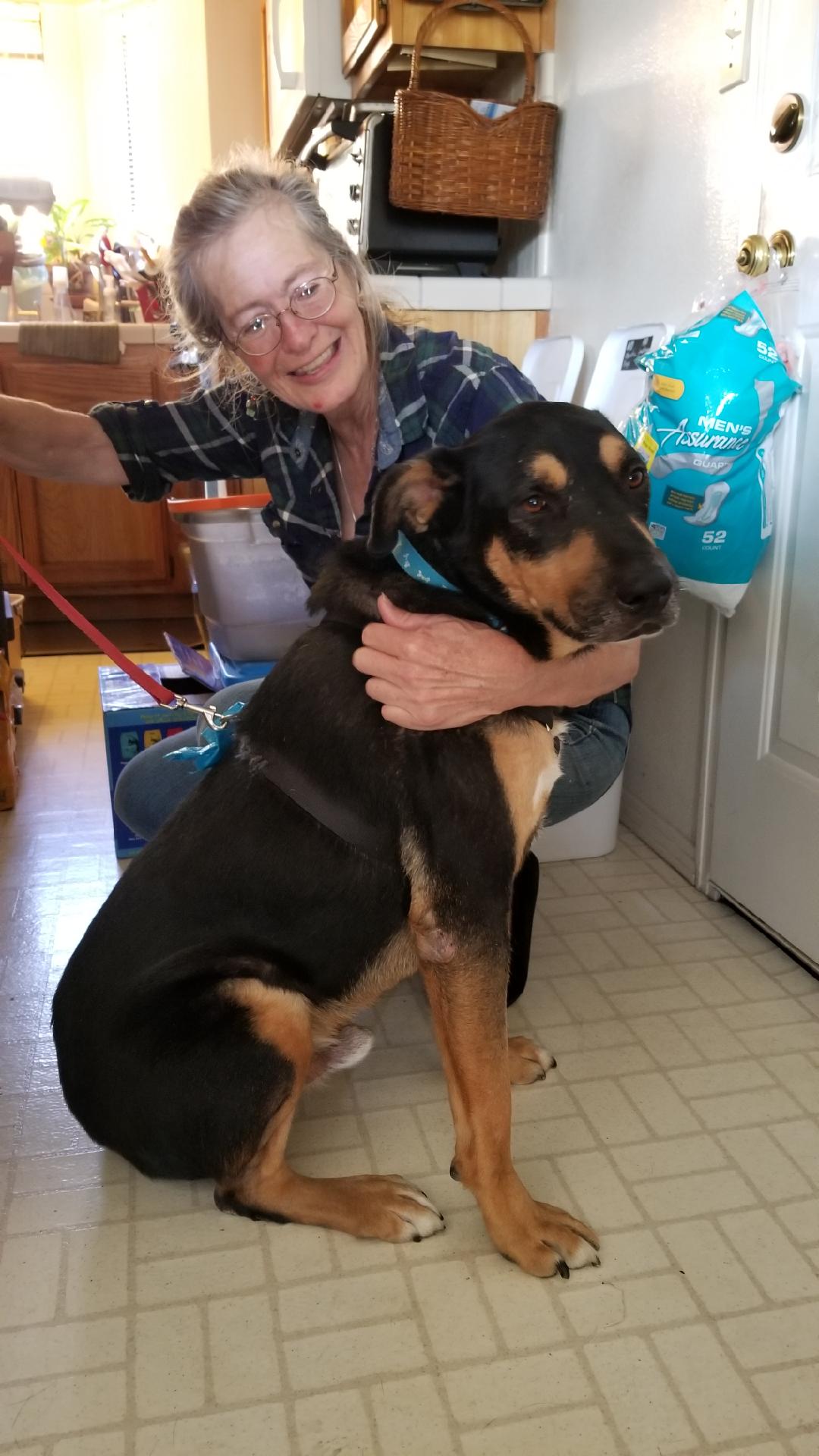 Stay up to date on dogs that need fostering and adopting, and read the latest success stories. Also, see the upcoming events and fundraising efforts that Guidry’s Guardian Foundation will be hosting. We are focused on finding a forever home for every dog and we need your help. Make sure you subscribe to our newsletter below, and follow us on Twitter, Facebook and Instagram.